While the Yarra Valley is world-renowned for its vineyards and winemakers, the region could soon be known as a hotbed for horses, writes PAUL SYMES.

After spending a number of years competing in eventing at the highest level, and having operated their own separate businesses, Samantha Cesnik and Chris Height decided to join forces and combine their skillsets, knowledge and vast experience of all things equine.

The result is Spring Creek Equine, which they established in Coldstream a township approximately 35 kilometres north-east of Melbourne’s CBD around five years ago.

After the couple shed some blood, sweat and perhaps even the occasional tears along the journey, the centre is now leading the way in helping to rehabilitate horses and prepare them for new homes and careers.

Spread across 35 acres, the stunning facility provides a variety of services, from coaching and clinics to equine rehabilitation and agistment to name but a few.

Approximately 12 months ago, Samantha and Chris added another string to their bow by joining Racing Victoria’s (RV) group of Acknowledged Retrainers, taking recently retired racehorses and helping their transition from the racetrack to other pursuits. 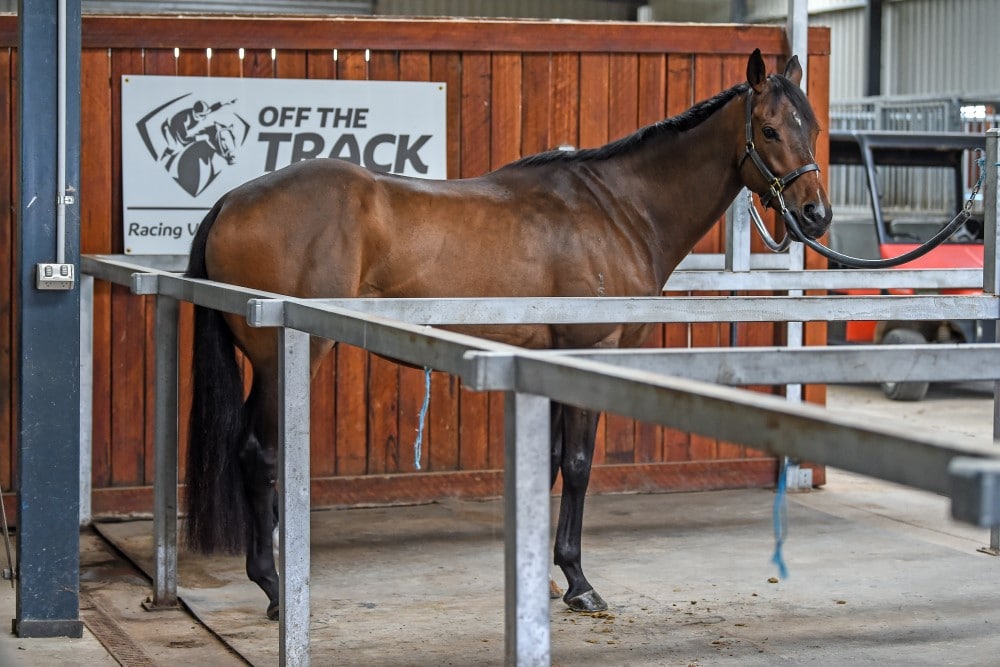 More recently, they consolidated their relationship with RV through the RESET program, a new pathway designed specifically for Victorian Thoroughbreds which may have struggled to find the right home after the end of their racing careers.

RESET an acronym for Racehorse, Evaluation, Support, Education and Transition was introduced in July 2020 to complement RV’s successful Off The Track program, which promotes retired Thoroughbreds to the equestrian community.

Recognising that RESET was a really interesting new initiative, the couple jumped at the chance to get involved. In the past we had to be quite selective about the Off The Track horses we took, because not all retired racehorses are well-suited to our retraining program and so we would’ve needed to devote an awful lot of time and effort to transition them into secondary careers, explained Chris. But the RESET program gives us and other retrainers the opportunity to work with horses which may be less commercially viable and which won’t make the grade in equestrianism, but which still have a very good chance of going on to enjoy a productive and prosperous life post-racing.

And that includes horses needing recovery time: We’ve taken in horses which have come to the end of their careers because of tendon injuries or other muscular issues that can take some time to heal, but don’t prevent them from becoming riding horses further down the track, Chris says. On average, we probably take in two or three Off The Track horses every month and we can now probably take on another two horses at a time through the RESET program, so it fits in really well with our business.

Through the RESET program, Chris and Samantha recently acquired Piemonte or Pie , as he’s now affectionately known a five-year-old gelding (formerly trained by Robbie Griffiths) whose tendon issues forced his retirement from the racetrack after just six career starts.

When he first arrived at Spring Creek, Pie was a little reserved and took some time to adapt to his new surroundings. However, aided by the centre’s water treadmill and other methods which have assisted with his rehabilitation, he is now thriving and will soon have a saddle on his back albeit to participate in rather more sedate pursuits than chasing glory on the racetrack. We’ve absolutely loved having Pie with us, he’s fit in so well at the farm, says Samantha. We now know what he likes and what he doesn’t like, and he feels very calm and comfortable with the set-up and all our staff.

It can take up to six weeks for horses to adjust once they have left the racetrack, and although Pie hasn’t been back under a saddle yet, his retraining process is well under way. When he first came to us, he wasn’t sure what to make of everything. But he soon settled in really well and has allowed his personality to come out, so he’s become a favourite in the barn, she explains. He starts ridden work next week, he’s very fit and sound now that he’s completed his full rehab program. The last time he was ridden was in a race so it’s going to be very interesting to see how he goes, but we’re all quietly confident he ll take to it.

Pie has a pre-existing injury and so will not become an elite horse; but Samantha says that everyone who comes into contact with him falls in love with him, so the couple are hopeful that he ll go on to have a very nice life in another discipline.

Whilst Piemonte who was sired by the 2013 Melbourne Cup winner Fiorente showed plenty of promise during his brief career with two wins and one minor placing, the same could not be said for another resident at Spring Creek, Tata Ma Pick.

The highlight  of the bay gelding’s career came very early on, when he finished fourth of six runners on debut after which he came a distant last in five of his next seven starts. It’s fair to say his racing career never really took off, says Chris with a degree of understatement. I think he spent more time with his legs in the air than on the ground! We didn’t get him directly off the track, but he hadn’t done much post-racing so he spent a bit of time with us and we turned him into an eventer. 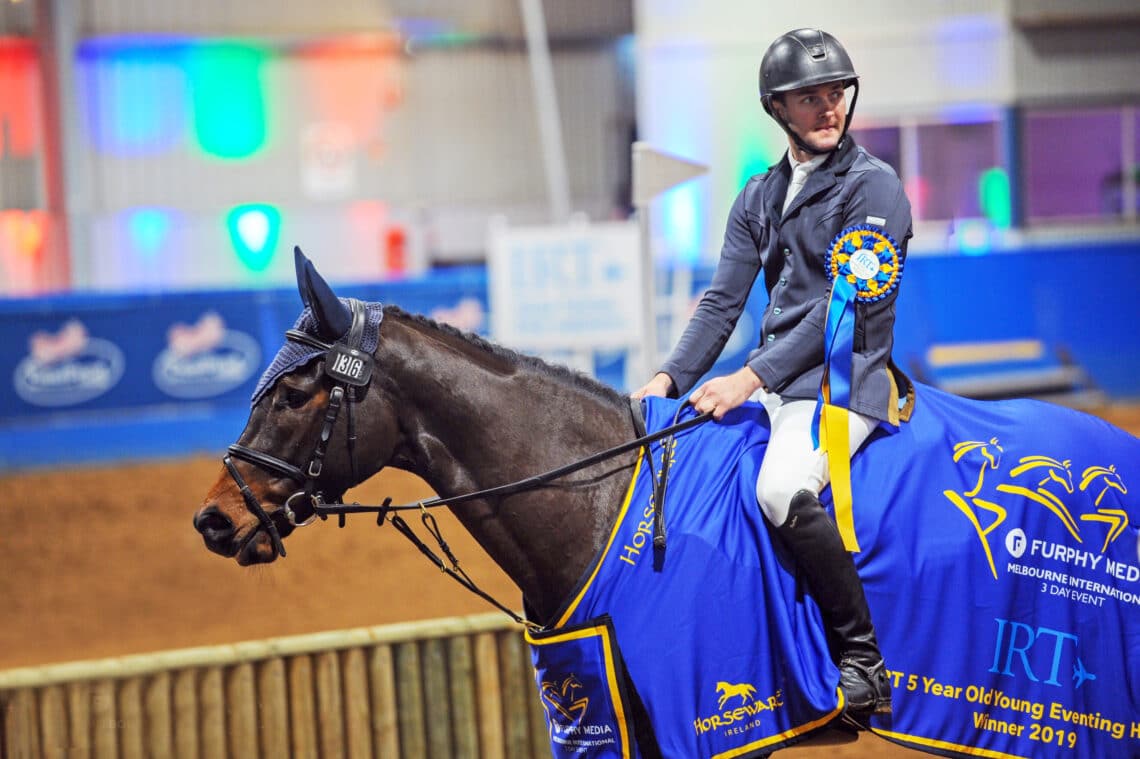 Now known as Tattersalls, Chris reports that he is going really well: He even won the Young Eventing Horse Challenge at the Melbourne International 3 Day Event last year. So we were pretty pleased with that, and we’re now hopeful he ll go on to much bigger and better things in the future.

Whilst ribbons and trophies are hugely rewarding and testament to their hard work, what perhaps gives Chris and Samantha the most satisfaction about their jobs is simply the opportunity it affords to work with such beautiful and emotionally intelligent animals day in, day out. The horses are our work colleagues and even part of the family, says Samantha. We obviously see them every day but when you love working with them and hopefully they love what they do, it makes your lives so much easier. Every horse is different, and we’ve all got our favourites even if we might not admit it!

While the horses definitely keep you on your toes, one of the things the couple love most is that no two days are the same. Samantha likens it to most jobs: You have good days and bad days but the good definitely outweigh the bad, and we can always look on the bright side and have a laugh because we’re lucky that we’ve got great staff around us. It’s so exciting and rewarding for us to see horses go on and achieve great things after their racing careers.

It can be a little sad when horses eventually leave their care, but the upside for Chris and Samantha is knowing that if a horse spends enough time at Spring Creek, they ll be moving on to a satisfying new life.

To learn more, visit springcreekequine.com.au, and for information about Racing Victoria’s Off The Track and RESET programs, go to racingvictoria.com.au/the-horse/off-the-track.

Find awesome listings near you!